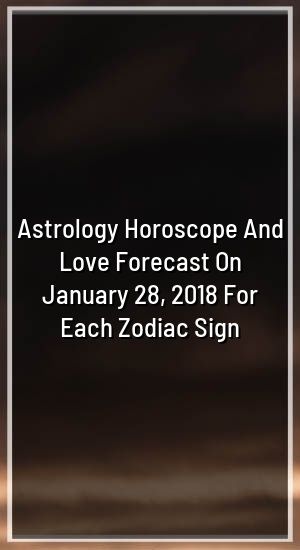 If a love relationship has not been going too well in recent weeks you can get it back on track by swallowing your pride and admitting that you were to blame for what went wrong.

Something you did for a friend or loved one and have since forgotten about will be repaid in full between now and the end of the week. Hopefully it will encourage you to help other people even more in the future. Good deeds are always rewarded. By all means voice your opinions but if you must be critical of someone whose power exceeds your own try wrapping what you say in thick sugar coating.

The last thing you need now is to make an enemy of someone who should be on your side.

Your task is to direct them so they do a good job — then take the credit for yourself. The one thing you must not allow yourself to get emotional about is money. Something you think is a problem is not really a problem at all, and if you can shift the way you look at it to a more positive angle you will see the solution that has been so elusive. If you find that the more time and money you invest in something brings ever decreasing returns you should take the hint and drop it altogether.

There has been a bit too much wishful thinking in your life in recent weeks and you need to get back to that mindset where you rely only on facts and figures, plus a large dash of common sense. Keep up your studies and meditation, and you'll go on growing indefinitely. Your life certainly seems to revolve around human contact.

You're an outgoing, cheerful, engaging conversationalist who enjoys bringing people together. Oddly, though, lately you've been yearning to be alone. Today, do not ignore any urge you feel for circumspection. Even though it is an unusual need for you, it is still a valid one. On Sunday, the Full Moon in Aries Square Pluto will push your doubts to the front of your mind, which leaves you more anxious than ever.

As for singletons, your love life will hit new heights after October 10th.

Trump administration expected to announce exit from 'Open Skies' treaty. Parents get 1 month in prison in college admission scam. The last woolly mammoth died 4, years ago on an island in the Arctic. His Victims Were Vulnerable and Overlooked. Was starting Verlander on short rest the right call? A photographer told a group of teens to stop using the n-word. Then shots rang out.

Melania Trump breaks ground on tennis pavilion. No, Betsy DeVos is not going to jail. Drake fires back at father's claims that he lied to 'sell records'. Nobel Prize goes to 3 who tackled cosmic query. Goodyear listed its iconic blimp on Airbnb. Montgomery elects its first African-American mayor.

Louisiana becomes new hub in immigrant detention under Trump. Jones not basing Prescott's value on recent play, but he should be. Meet the woman who had a singleton, twins and then triplets. See Meghan Markle react to trying on flower crown filters. China demands US lift tech curbs, will 'safeguard' interests.

America's next major food destination is not where you think. Motorhome of the future drives as you relax, eat, and sleep. White House declares war on impeachment inquiry.

Britney Spears alters her workout routine — and shows the results. I'm obsessed with this Peruvian condiment that goes with everything. Vietnam vet escapes house fire thanks to rescue dog waking him.